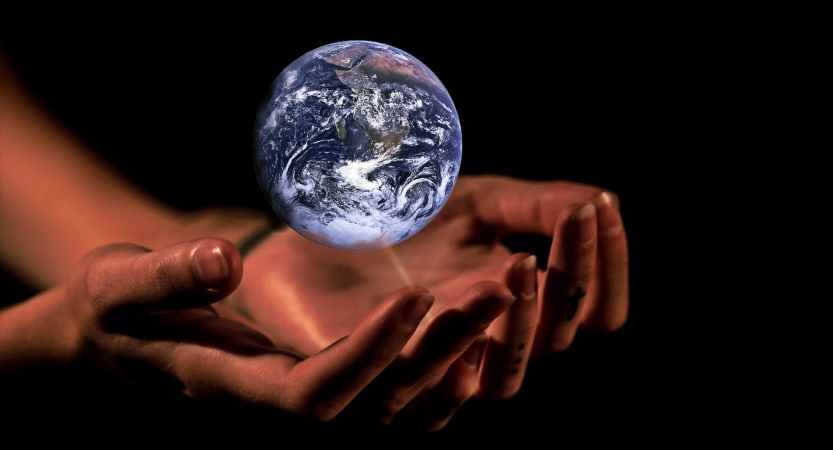 If you wish to understand how profitable a trade it is, and how honorable a rank, to sell one’s person and property to God, to be His slave and His soldier, then listen to the following comparison.

Once a king entrusted each of two of his subjects with an estate, including all necessary workshops, machinery, horses, weapons and so forth. But since it was a tempestuous and war-ridden age, nothing enjoyed stability; it was destined either to disappear or to change. The king in his infinite mercy sent a most noble lieutenant to the two men and by means of a compassionate decree conveyed the following to them:

“Sell me the property you now hold in trust, so that I may keep it for you. Let it not be destroyed for no purpose. After the wars are over, I will return it to you in a better condition than before. I will regard the trust as your property and pay you a high price for it. As for the machinery and the tools in the workshop, they will be used in my name and at my workbench.

But the price and the fee for their use shall be increased a thousand-fold. You will receive all the profit that accrues. You are indigent and resourceless, and unable to provide the cost of these great tasks. So, let me assume the provision of all expenses and equipment, and give you all the income and the profit. You shall keep it until the time of demobilization.

So, see the five ways in which you shall profit! Now if you do not sell me the property, you can see that no one is able to preserve what he possesses, and you too will lose what you now hold. It will go for nothing, and you will lose the high price I offer.

The delicate and precious tools and scales, the precious metals waiting to be used, will also lose all value. You will have the trouble and concern of administering and preserving, but at the same time be punished for betraying your trust. So, see the five ways in which you may lose! Moreover, if you sell the property to me, you become my soldier and act in my name. Instead of a common prisoner or irregular soldier, you will be the free lieutenant of an exalted monarch.”

After they had listened to this gracious decree, the more intelligent of the two men said:

“By all means, I am proud and happy to sell. I offer thanks a thousand-fold.”

But the other was arrogant, selfish and dissipated; his soul had become as proud as the Pharaoh. As if he was to stay eternally on that estate, he ignored the earthquakes and tumults of this world. He said:

“No! Who is the king? I won’t sell my property, nor spoil my enjoyment.”

After a short time, the first man reached so high a rank that everyone envied his state. He received the favor of the king, and lived happily in the king’s own palace. The other by contrast fell into such a state that everyone pitied him, but also said he deserved it. For as a result of his error, his happiness and property departed, and he suffered punishment and torment.

O soul full of caprices! Look at the face of truth through the telescope of this parable. As for the king, he is the Monarch of Pre-Eternity and Post-Eternity, your Sustainer and Creator.

The estates, machinery, tools and scales are your possessions while in life’s fold; your body, spirit and heart within those possessions, and your outward and inward senses such as the eye and the tongue, intelligence and imagination. As for the most noble lieutenant, it is the Noble Messenger of God; and the wisest decree is the Wise Qur’an, which describes the trade we are discussing in this verse:

Verily God has purchased from the believers their persons and property that Paradise might be theirs.

The surging field of battle is the tempestuous surface of the world, which ceaselessly changes, dissolves and reforms and causes every man to think:

“Since everything will leave our hands, will perish and be lost, is there no way in which we can transform it into something eternal and preserve it?”

While engaged in these thoughts, he suddenly hears the heavenly voice of the Qur’an saying:

“Indeed, there is, a beautiful and easy way which contains five profits within itself.”

What is that way?

To sell the trust received back to its true owner. Such a sale yields profit five fold.

Transient property becomes everlasting. For this waning life, when given to the Eternal and Self-Subsistent Lord of Glory and spent for His sake, will be transmuted into eternity. It will yield eternal fruits. The moments of one’s life will apparently vanish and rot like kernels and seeds. But then the flowers of blessedness and auspiciousness will open and bloom in the realm of eternity, and each will also present a luminous and reassuring aspect in the Intermediate Realm.

The high price of Paradise is given in exchange.

The Third Profit:  The value of each limb and each sense is increased a thousand-fold. The intelligence is, for example, like a tool. If you do not sell it to God Almighty, but rather employ it for the sake of the soul, it will become an ill-omened, noxious and debilitating tool that will burden your weak person with all the sad sorrows of the past and the terrifying fears of the future; it will descend to the rank of an inauspicious and destructive tool.

It is for this reason that a sinful man will frequently resort to drunkenness or frivolous pleasure in order to escape the vexations and injuries of his intelligence. But if you sell your intelligence to its True Owner and employ it on His behalf, then it will become like the key to a talisman, unlocking the infinite treasures of compassion and the vaults of wisdom that creation contains. It will thus rise to being a dominical guide preparing its owner for eternal bliss.

To take another example, the eye is one of the senses, a window through which the spirit looks out on this world. If you do not sell it to God Almighty, but rather employ it on behalf of the soul, by gazing upon a handful of transient, impermanent beauties and scenes, it will sink to the level of being a pander to lust and the concupiscent soul.

But if you sell the eye to your All-Seeing Maker, and employ it on His behalf and within limits traced out by Him, then your eye will rise to the rank of a reader of the great book of being, a witness to the miracles of dominical art, a blessed bee sucking on the blossoms of mercy in the garden of this globe.

Yet another example is that of the tongue and the sense of taste. If you do not sell it to your Wise Creator, but employ it instead on behalf of the soul and for the sake of the stomach, it sinks and declines to the level of a gatekeeper at the stable of the stomach, a watchman at its factory.

But if you sell it to the Generous Provider, the sense of taste contained in the tongue will rise to the rank of a skilled overseer of the treasuries of Divine compassion, a grateful inspector in the kitchens of God’s eternal power.

Compare all other tools and limbs to these, and then you will understand that in truth the believer acquires a nature worthy of Paradise and the unbeliever a nature conforming to Hell.

The reason for each of them attaining his respective value is that the believer, by virtue of his faith, uses the trust of his Creator on His behalf and within the limits traced out by Him, whereas the unbeliever betrays the trust and employs it for the sake of the instinctual soul.

Man is helpless and exposed to numerous misfortunes. He is indigent, and his needs are numerous. He is weak, and the burden of life is most heavy. If he does not rely on the Omnipotent One of Glory, place his trust in Him and confidently submit to Him, his conscience will always be troubled. Fruitless torments, pains and regrets will suffocate him and intoxicate him, or turn him into a beast.

Those who have experienced illumination and had unveiled to them the true nature of things, the elect who have witnessed the truth, are all agreed that the exalted reward for all the worship and glorification of God performed by your members and instruments will be given to you at the time of greatest need, in the form of the fruits of Paradise.

From The Sixth Word By Master Said Nursi

Message for the Sick

If you can visualize the whole of spring and see Paradise with the eye of belief, you may understand the utter majesty of everlasting Beauty.~Master NursiTweet