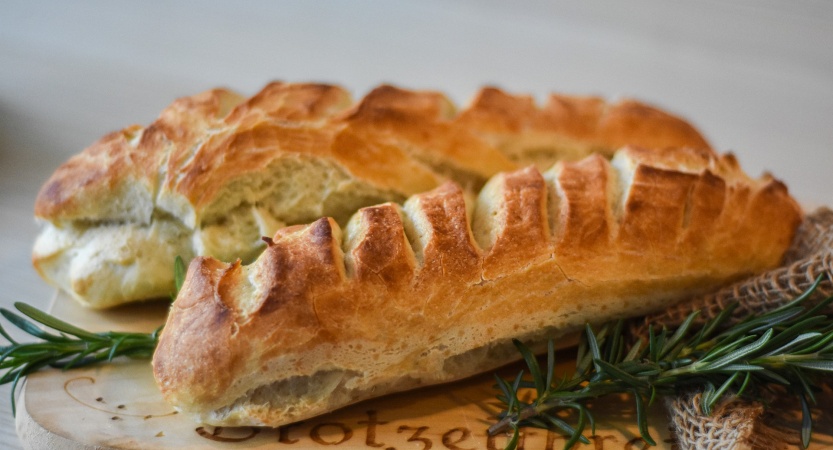 Gratitude Is The Best Attitude!

In the Name of God, the Merciful, the Compassionate. And there is nothing but it glorifies Him with praise.

By repeating verses like these, the Qur’an of Miraculous Exposition shows that thanks is what the Most Merciful Creator wants most from His servants. The Qur’an, the All-Wise Distinguisher between Truth and Falsehood, calls on men to offer thanks, giving it the greatest importance. It shows ingratitude to be a denial of bounties and in Sura al-Rahman utters a fearsomely severe threat thirty-three times with the verse,

So which of the favors of your Sustainer do you deny? (55:13, etc.) It shows ingratitude to be denial and negation.

Indeed, just as the All-Wise Qur’an shows thanks to be the result of creation; so the universe, which is a mighty Qur’an, shows the most important result of the world’s creation to be thanks. For if the universe is observed carefully, it is seen from the way it is arranged that everything results in thanks; each looks to thanks to an extent and is turned towards it. It is as though thanks is the most important fruit of the tree of creation, and gratitude is the most elevated product of the factory of the universe. The reason for this is as follows:

We see in the creation of the world that its beings are arranged as though in a circle with life as its central point. All beings look to life, and serve life, and produce the necessities of life. That is to say, the One who created the universe chose life from it, giving it preference.

Then we see that He created the animal kingdom in the form of a circle and placed man at its center. Simply, He centered the aims intended from animate beings on man, gathering all living creatures around him and subjugating them to him. He made them serve him and him dominant over them. That is to say, the Glorious Creator chose man from among living beings, and willed and decreed this position for him in the world.

Then we see that the world of man, and the animal world too, are disposed like circles with sustenance placed at their center. He has made mankind and the animals enamored of sustenance has subjugated them to it and made them serve it. What rules them is sustenance.

And He has made sustenance such a vast, rich treasury that it embraces all His innumerable bounties. Even, with the faculty called the sense of taste, He has placed on the tongue sensitive scales to the number of foods so that they can recognize the tastes of the many varieties of sustenance. That is to say, the strangest, richest, most wonderful, most agreeable, most comprehensive, and most marvelous truth in the universe lies in sustenance.

For appetite and desire for sustenance is a sort of innate or instinctive thanks. Enjoyment and pleasure also are a sort of unconscious thanks, offered by all animals. It is only man who changes the nature of that innate thanks through misguidance and unbelief; he deviates from thanks and associates partners with God.

Furthermore, the exquisitely adorned forms, the fragrant smells, the wonderfully delicious tastes in the bounties that are sustenance invite thanks; they awake an eagerness inanimate beings, and through eagerness urge a sort of appreciation and respect, and prompt thanks of a sort. They attract the attention of conscious beings and engender admiration.

They encourage them to respect the bounties; through this, they lead them to offer thanks verbally and by the act, and to be grateful; they cause them to experience the highest, sweetest pleasure and enjoyment within thanks. That is, they show that, as well as a brief and temporary superficial pleasure, through thanks, these delicious foods and bounties gain the favors of the Most Merciful One, which provides a permanent, true, boundless pleasure.

They cause conscious beings to ponder over the infinite, pleasurable favors of the All-Generous Owner of the treasuries of mercy, and in effect to taste the everlasting delights of Paradise while still in this world. Thus, although by means of thanks sustenance becomes such a valuable, rich, all-embracing treasury, through ingratitude it becomes utterly valueless.

As is explained in the Sixth Word, when the sense of taste in the tongue is turned towards sustenance for the sake of Almighty God, that is, when it performs its duty of thanks, it becomes like a grateful inspector of the numberless kitchens of divine mercy and a highly-esteemed supervisor full of praise.

If it is turned towards it for the sake of the soul, that is, without thinking of giving thanks to the One who has bestowed the sustenance, the sense of taste is demoted from being a highly-esteemed supervisor to the rank of a watchman of the factory of the stomach and a doorkeeper of the stable of the belly. Just as through ingratitude these servants of sustenance descend to such a level, so does the nature of sustenance and its other servants fall; they fall from the highest rank to the lowest; they sink to a state opposed to the Creator of the universe’s wisdom.

The measure of thanks is contentment, frugality, and being satisfied and grateful. While the measure of ingratitude is greed, wastefulness, and extravagance; it is disrespect; it is eating whatever one comes across, whether lawful or unlawful.

Like ingratitude, greed causes both loss and degradation. For example, it is as though because of greed that the blessed ant even with its social life is crushed underfoot. For although a few grains of wheat would suffice it for a year, it is not contented with this and collects thousands if it can. But the blessed honey-bee flies overhead due to its contentment, and at a divine command bestows honey on human beings for them to eat.

Furthermore, thanks comprise pure belief and a sincere affirmation of God’s unity. For a person who eats an apple and utters, “Praise be to God!” is proclaiming through his thanks: “This apple is a souvenir bestowed directly by the hand of power, a gift directly from the treasury of mercy.”

By saying this and believing it, he is ascribing everything, particular and universal, to the hand of power. He recognizes the manifestation of mercy in everything. He announces through thanks, his true belief, and sincere affirmation of divine unity.

The heedless man incurs serious loss through ingratitude for bounties. We shall describe only one of its many aspects. It is as follows:

If someone eats a delicious bounty and gives thanks, by virtue of his thanks the bounty becomes a light and a fruit of Paradise in the hereafter. If, because of the pleasure, he thinks of it as the work of Almighty God’s favor and mercy, it yields a true, lasting delight and enjoyment.

He sends kernels and essences of its meanings and immaterial substances like these to the abodes above, while the material husk-like residue, that is, the matter that has completed its duty and now is unnecessary, becomes excreta and goes to be transformed into its original substances, that is, into the elements.

If he fails to give thanks, the temporary pleasure leaves a pain and sorrow at its passing, and itself becomes waste. Bounty, which is as precious as diamonds, is transformed into coal. Through thanks, ephemeral sustenance produces enduring pleasures, everlasting fruits. While bounty that is met with ingratitude is turned from the very best of forms into the most distasteful. For according to the heedless person, after producing a fleeting pleasure, sustenance ends up as waste-matter.

Sustenance is indeed in a form worthy of love, and this form is to be seen through thanks. However, the passion of the misguided and heedless for sustenance is animality. You can make further comparisons in this way and see what a loss the heedless and misguided suffer.

Among animate species, man is the neediest for all the varieties of sustenance. Almighty God created man as a comprehensive mirror to all His names; as a miracle of power with the capacity to weigh up and recognize the contents of all His treasuries of mercy; and as His vicegerent on earth possessing the faculties to draw to the scales and evaluate all the subtleties of His names’ manifestations.

He, therefore, made man utterly resourceless, rendering him needy for the endless varieties of sustenance, material and immaterial. Thanks are the means of raising man to “the best of forms,” which is the highest position in accordance with this comprehensiveness. If he does not give thanks, he falls to “the lowest of the low,” and perpetrates a great wrong. 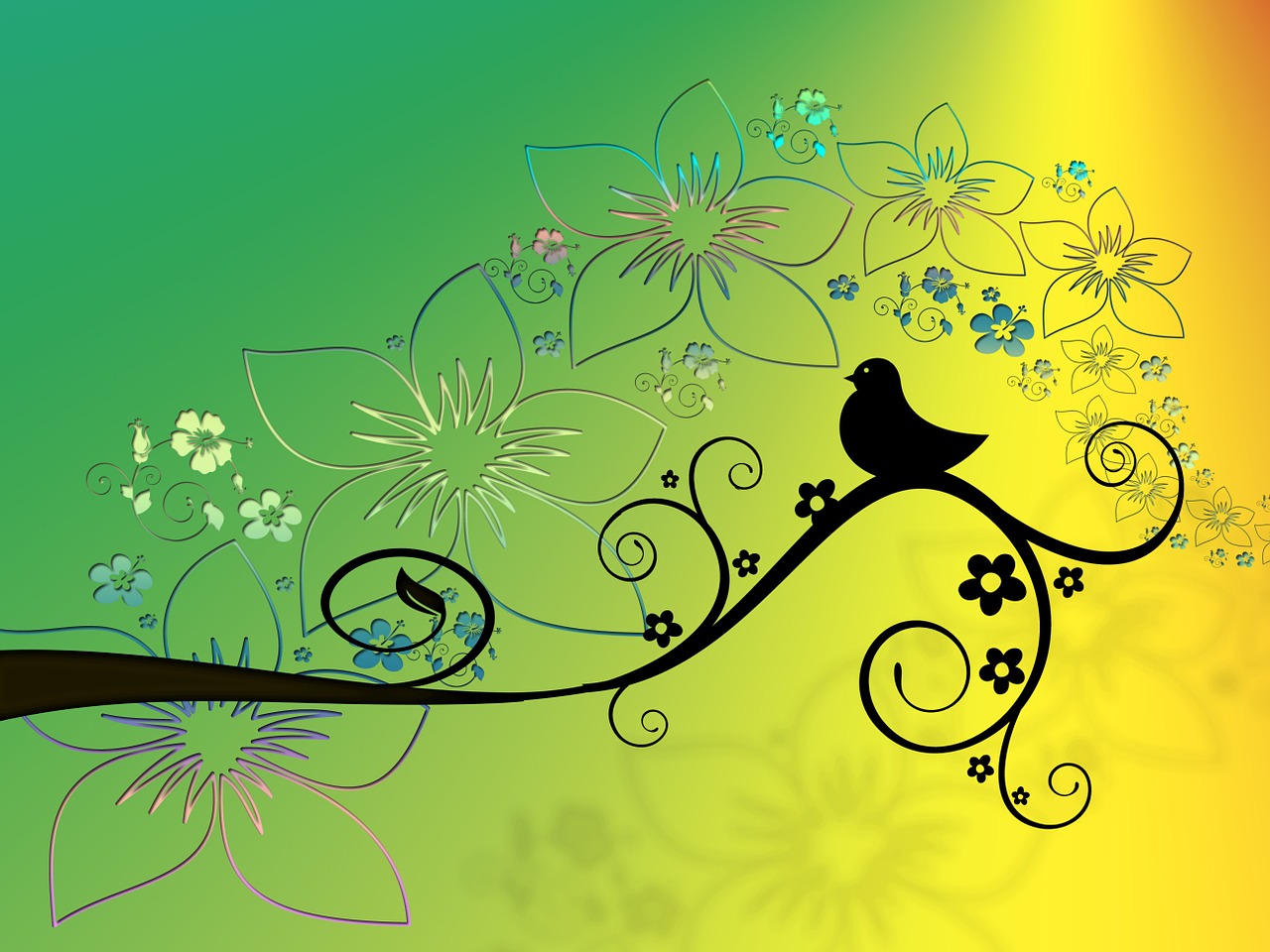 In  S h o r t: Thanks is the most essential of the four fundamental principles of the way of worship and winning God’s love, the highest and most elevated way. These four principles have been defined as follows:

Four things are necessary on the way of the impotent, my friend:

O God, through Your mercy, appoint us among those who give thanks, O Most Merciful of the Merciful! Glory be unto You! We have no knowledge save that which You have taught us; indeed, You are All-Knowing, All-Wise. (2:32)

O God, grant blessings and peace to our master Muhammad, master of those who offer thanks and praise, and to all his Family and Companions. Amen.