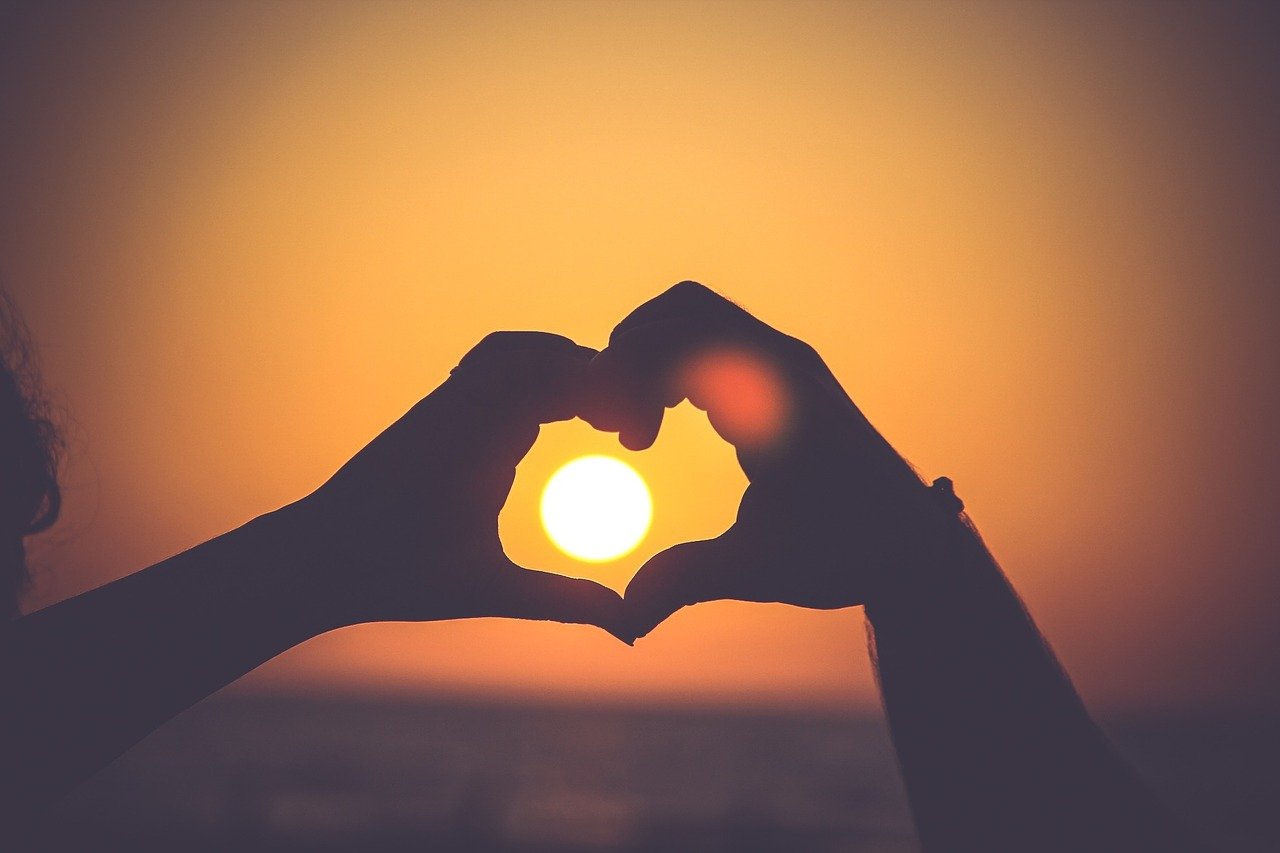 While my heart desires its immortality, Reality wants the passing of my body;

I am afflicted with an incurable illness which not even Luqman could cure!

I bowed my head in despair. Suddenly the verse, “For us God suffices, and He is the Best Disposer of Affairs” (Surah Al-i Imran 3:173) came to my assistance, summoning me to read it with attention. So I recited it five hundred times every day. Writing briefly a part of the valuable lights which were unfolded to me in the form of ‘the vision of certainty, and only nine lights and degrees, I refer readers to the Risale-i Nur for the details, known with ‘absolute certainty rather than the former ‘vision of certainty.’

The First Degree of the Luminous Verse ‘For us God suffices’ (Surah Al-i Imran 3:173)

Because of a shadow in my essential being of a manifestation of one of the Names of the One of Glory and Perfection, Who, possessing absolute perfection, is of Himself and for no other reason worthy of love, I had an innate desire for immortality, directed not to my own immortality, but to the existence, perfection, and immortality of that Absolutely Perfect One. However, due to heedlessness, that innate love had lost its way, become attached to the shadow and enamored of the mirror of immortality. Then the verse, For us God suffices, and He is the Best Disposer of Affairs raised the veil. I saw and felt and experienced at the degree of ‘absolute certainty that the pleasure and happiness of my immortality lay exactly and in more perfect form in the immortality of the Enduring One of Perfection, in affirming my Sustainer and God, in believing in Him and submitting to Him. For an undying truth was realized through His immortality. The insight of belief established that “my essential being is the shadow of a Divine Name which is both enduring and eternal.”

Also, through the insight of belief, one knows the existence of the Absolutely Perfect One, the One Who is absolutely beloved, and the innate, intense love for His Essence is satisfied. And through perceiving through the insight of belief the Eternally Enduring One’s eternal existence, the perfections of the universe and of mankind are known and exist, and one’s natural infatuation with perfection is saved from endless pains and becomes the means to pleasure and enjoyment.

Also, through the insight of belief, a connection is formed with the Eternally Enduring One, and through belief, in that connection, relation comes into being with all His dominions. And due to that connection and relation —with the eye of belief— one looks on infinite dominions as though they were in a way one’s own possessions and benefits from them.

Also, through that insight of belief, and the connection, relation, and bond, a brotherhood is formed with all the people of perfection. Thus, through knowing that due to the eternal existence of the Eternally Enduring One those innumerable people of perfection have not gone to nothingness and are not lost, the immortality and continued existence of those innumerable friends’ perfections, whom such a person with the insight of belief loves, admires and appreciates and to whom he is attached, yields an elevated pleasure for him.

Also, through that insight of belief, connection, relation, bond, and brotherhood, I felt and experienced in myself infinite happiness at the happiness of all my friends —for whose happiness I would willingly sacrifice my life and immortality. For one kind friend is happy and pleased at the happiness of his sincere friend. I therefore felt and perceived through the insight of belief that through the eternal existence of the Enduring One of Perfection, foremost the Noble Messenger (Peace and blessings be upon him) and his Family and Companions, and all my masters and those I love, the prophets, saints, and purified scholars, and all my other innumerable friends, had been saved from eternal extinction and would experience eternal happiness. I understood through the mystery of relations, bonds, brotherhood, and friendship that their happiness was reflected in me and made me happy.

Also, through the insight of belief, I was saved from endless sorrows arising from the love of my fellow men and love for relatives and felt a boundless spiritual pleasure. For I felt and perceived through the insight of belief that foremost my parents and all my blood relatives and relatives of the spirit, for whom by nature I desired to sacrifice my life and immortality, and would proudly do so, were saved through the eternal existence of the Truly Enduring One from annihilation, non-existence, eternal annihilation, and endless pains, and would receive His infinite mercy. I felt and perceived that infinite mercy was protecting and supervising them in place of my insignificant, ineffective compassion, which produces sorrow and pain. Like a mother takes pleasure at the ease, comfort, and enjoyment of her child, I felt pleasure and joy at the salvation and ease of all those persons for whom I had compassion under the protection of that mercy, and I offered profound thanks.

Also, through the insight of belief, and through its connection, I knew and felt that the Risale-i Nur, which was the result of my life, means of my happiness, and my natural duty, was saved from being lost and without benefit and from annihilation and losing its meaning and that it was fruitful and enduring; I had the conviction that this was so and I experienced the pleasure of the spirit far exceeding the pleasure at my own immortality. For I believed that through the Enduring One of Perfection’s eternal existence, the Risale-i Nur was not only inscribed in the hearts and memories of people, but was studied by innumerable sentient creatures and spirit beings, and in addition, receiving God’s pleasure, was inscribed on the Preserved Tablet, and guarded records, and adorned with fruits of reward. I knew that in particular it is being connected with the Qur’an, and its acceptance by the Prophet (PBUH), and —God willing— being the object of Divine pleasure, one moment of its existence and being under the dominical view was far more valuable than the appreciation of all the people of this world.

Thus, I realized that I am ever-ready to sacrifice my life and immortality for the immortality, continuance, statement, and acceptance of each of those treatises, which prove the truths of belief, and that my happiness lies in their serving the Qur’an. In this way, I understood through the connection of belief that through Divine immortality, they are the object of appreciation a hundred times greater than the appreciation of men. I exclaimed with all my strength: “For us God suffices, and He is the Best Disposer of Affairs!”

Also, through the insight of belief I knew that belief in the eternal existence of the Enduring One of Glory, Who bestows everlasting immortality and perpetual life, and the results of belief like good works, are the everlasting fruits of this fleeting life and the means to unending immortality. I persuaded my soul to leave aside the shell of this worldly immortality in order to yield those enduring fruits like a seed leaves aside its casing in order to be transformed into a fruit-bearing tree. Together with my soul, I said: “For us, God suffices, and He is the Best Disposer of Affairs! For us His eternal existence is sufficient!”

Also, through the insight of belief and relation of worship, I knew with ‘the knowledge of certainty’ that what lies beyond the screen of the earth was lit up and that the heavy layer of earth was lifted from the dead, and that under the ground, which was entered by the door of the grave, was not dark and stained with non-existence. With all my strength I exclaimed: “For us, God suffices, and He is the Best Disposer of Affairs!”

I had the firm conviction and through the insight of belief knew with ‘absolute certainty that while the intense desire for immortality looked in two respects to the eternal existence of the Enduring One of Perfection, I had become someone stunned and bewildered who had lost his beloved on his ego veiling him and begun to worship the mirror itself. That very deep, powerful desire for immortality governed in my essential being by means of the shadow of one of the Names of the Absolute Perfection, Who is loved and worshipped for Himself and no other reason, and Whom it is man’s nature to love. He had given the desire for immortality, and while the perfection of His Essence, which apart from Himself requires no other reason or motive for love, was sufficient as the cause of worship, as we explained above, by bestowing the above-mentioned enduring fruits —each one of which is worthy of having sacrificed for it not one life and immortality, but if possible thousands of worldly lives and immortalities— He had made that innate desire even more intense; this I perceived and felt. If it had been within my power I would have declared with all the particles of my being: “For us, God suffices, and He is the Best Disposer of Affairs!”, and I did declare it with that intention.

Also, the insight of belief, which seeks its immortality and the eternal existence of God —some of the fruits of which I have indicated above in the paragraphs starting “Also… Also… Also… ” — afforded me such pleasure and joy that I exclaimed with all my spirit, all my strength, from the depths of my heart, together with my soul: “For us, God suffices, and He is the Best Disposer of Affairs!”

The Love Of Immortality

O Lord! Forgive our faults, and accept us as Your slaves. Make us sure holders of Your trust until the time comes when it is taken from us. Amen!~Master NursiTweet